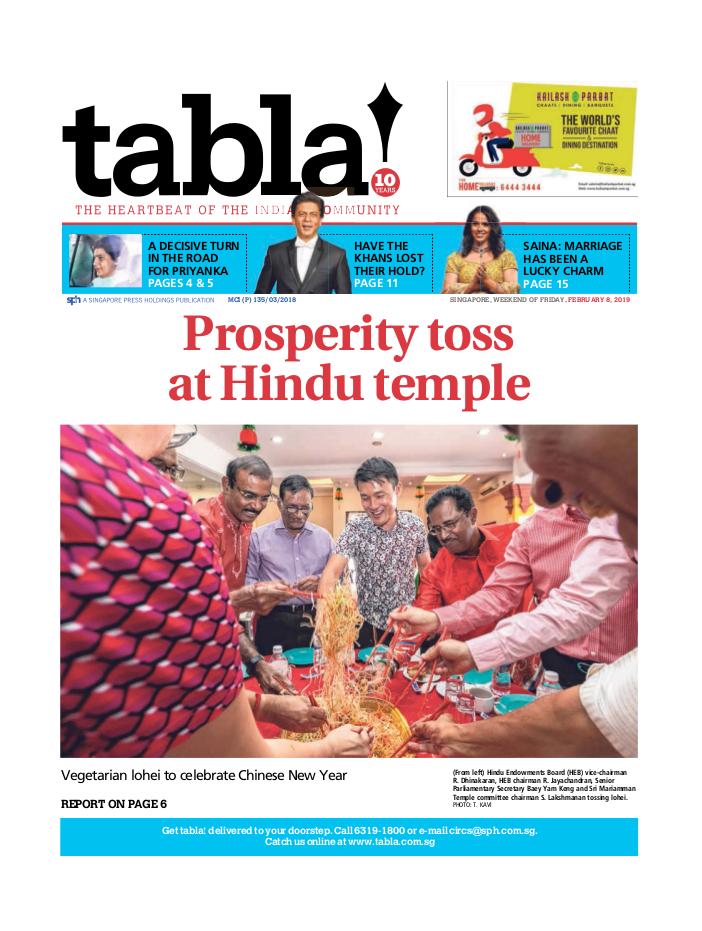 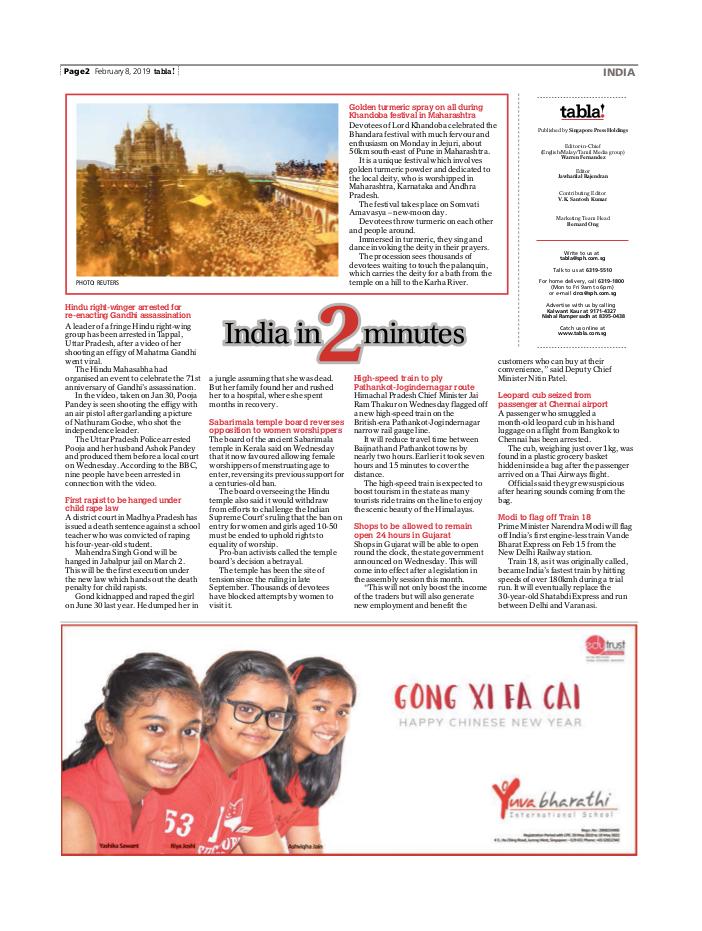 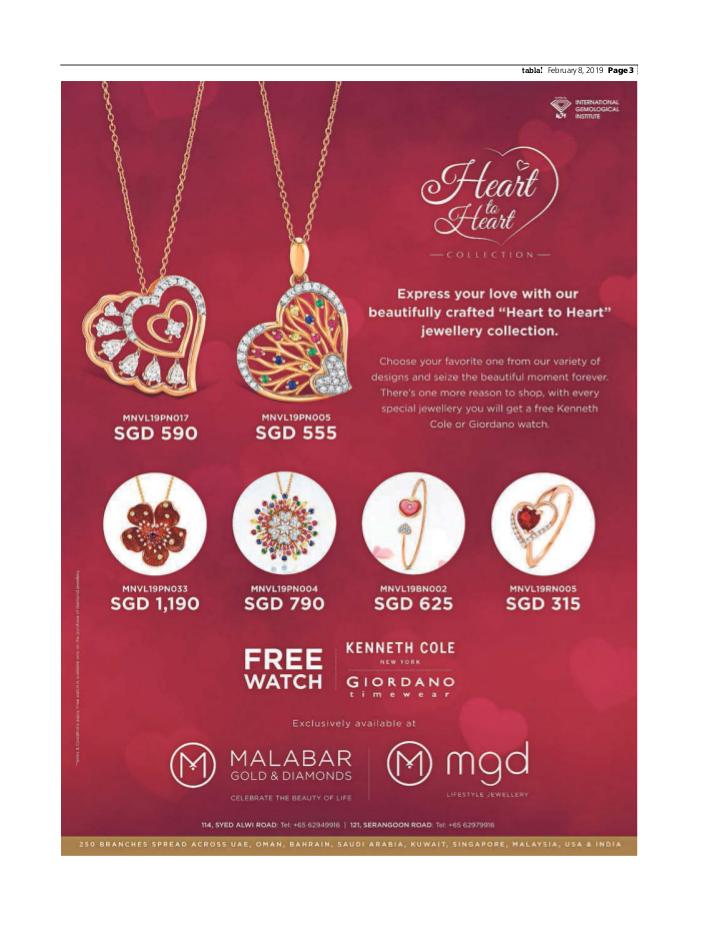 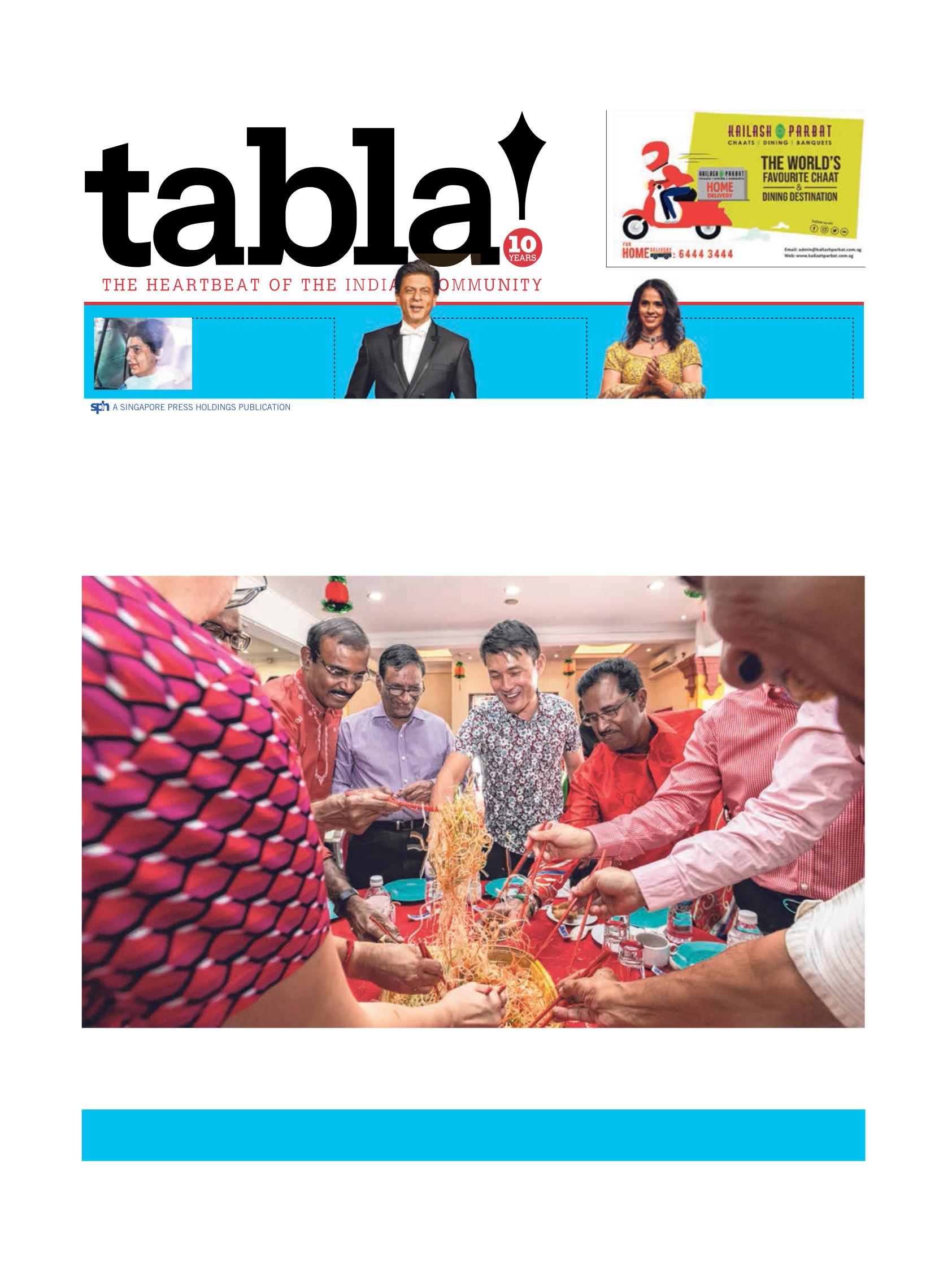 Catch us online at www.tabla.com.sg 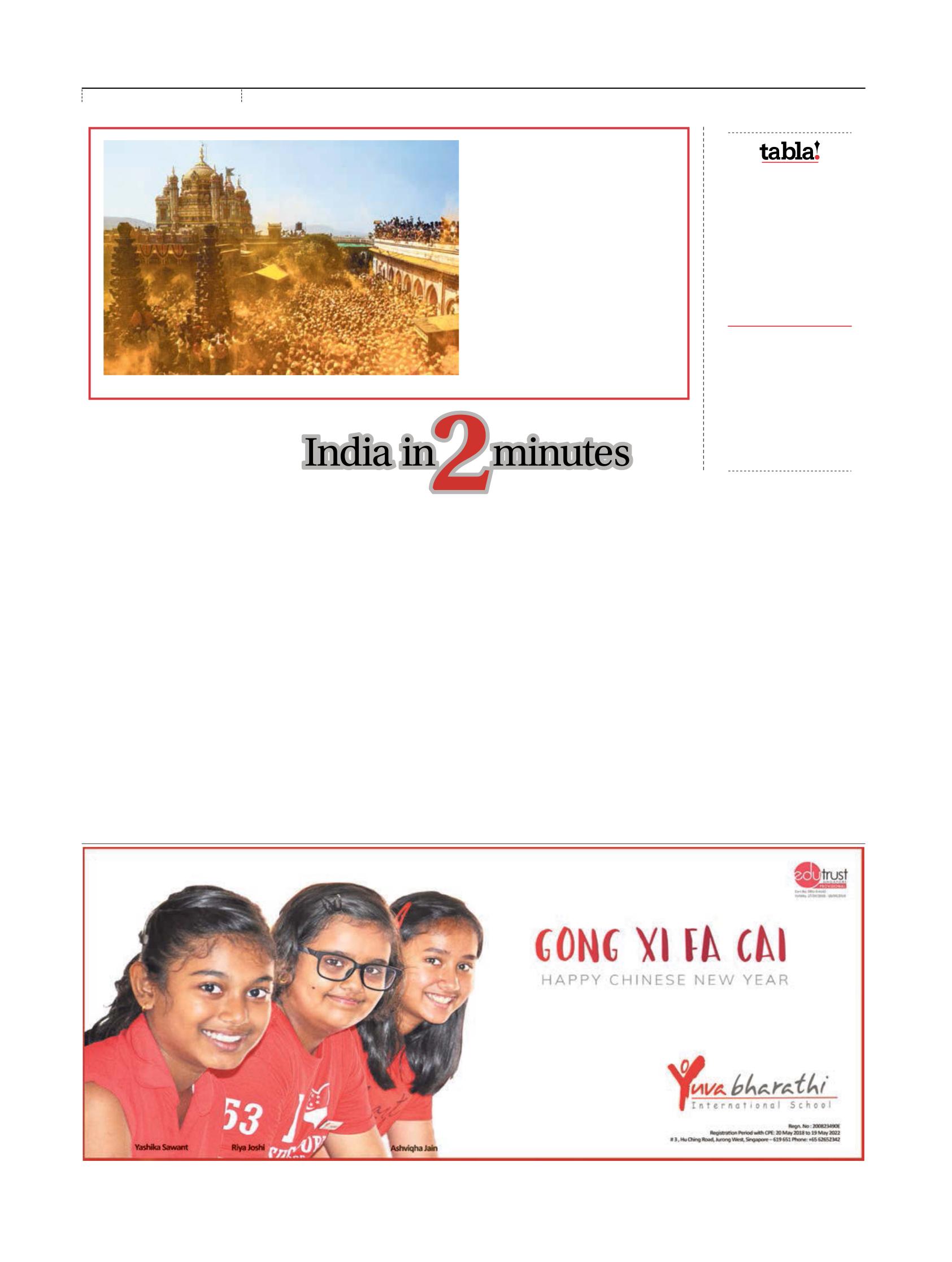 Golden turmeric spray on all during

Devotees of Lord Khandoba celebrated the

Bhandara festival with much fervour and

enthusiasm on Monday in Jejuri, about

50km south-east of Pune in Maharashtra.

It is a unique festival which involves

golden turmeric powder and dedicated to

the local deity, who is worshipped in

The festival takes place on Somvati

Devotees throw turmeric on each other

Immersed in turmeric, they sing and

dance invoking the deity in their prayers.

The procession sees thousands of

devotees waiting to touch the palanquin,

which carries the deity for a bath from the

temple on a hill to the Karha River.

Write to us at

A leader of a fringe Hindu right-wing

group has been arrested in Tappal,

Uttar Pradesh, after a video of her

shooting an effigy of Mahatma Gandhi

The Hindu Mahasabha had

organised an event to celebrate the 71st

Pandey is seen shooting the effigy with

an air pistol after garlanding a picture

of Nathuram Godse, who shot the

Pooja and her husband Ashok Pandey

and produced them before a local court

on Wednesday. According to the BBC,

nine people have been arrested in

connection with the video.

First rapist to be hanged under

A district court in Madhya Pradesh has

issued a death sentence against a school

teacher who was convicted of raping

Mahendra Singh Gond will be

hanged in Jabalpur jail on March 2.

This will be the first execution under

the new law which hands out the death

Gond kidnapped and raped the girl

on June 30 last year. He dumped her in

a jungle assuming that she was dead.

But her family found her and rushed

her to a hospital, where she spent

The board of the ancient Sabarimala

temple in Kerala said on Wednesday

that it now favoured allowing female

worshippers of menstruating age to

enter, reversing its previous support for

The board overseeing the Hindu

temple also said it would withdraw

from efforts to challenge the Indian

Supreme Court’s ruling that the ban on

must be ended to uphold rights to

The temple has been the site of

tension since the ruling in late

have blocked attempts by women to

Ram Thakur on Wednesday flagged off

a new high-speed train on the

It will reduce travel time between

Baijnath and Pathankot towns by

hours and 15 minutes to cover the

The high-speed train is expected to

boost tourism in the state as many

tourists ride trains on the line to enjoy

the scenic beauty of the Himalayas.

Shops to be allowed to remain

Shops in Gujarat will be able to open

round the clock, the state government

announced on Wednesday. This will

come into effect after a legislation in

the assembly session this month.

“This will not only boost the income

of the traders but will also generate

new employment and benefit the

customers who can buy at their

A passenger who smuggled a

month-old leopard cub in his hand

luggage on a flight from Bangkok to

Chennai has been arrested.

The cub, weighing just over 1kg, was

found in a plastic grocery basket

hidden inside a bag after the passenger

arrived on a Thai Airways flight.

after hearing sounds coming from the

Modi to flag off Train 18

Bharat Express on Feb 15 from the

Train 18, as it was originally called,

speeds of over 180kmh during a trial

run. It will eventually replace the

between Delhi and Varanasi. 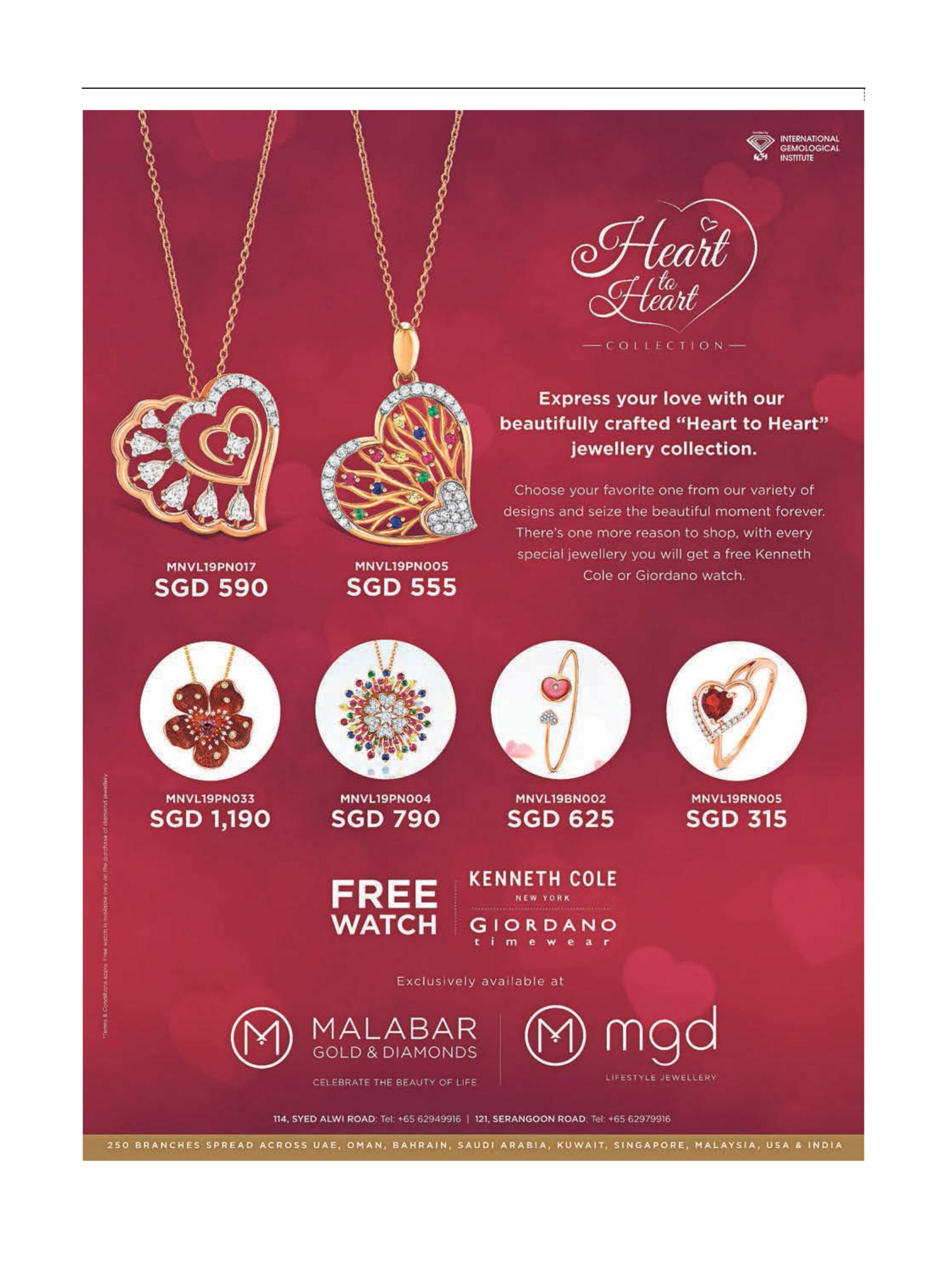 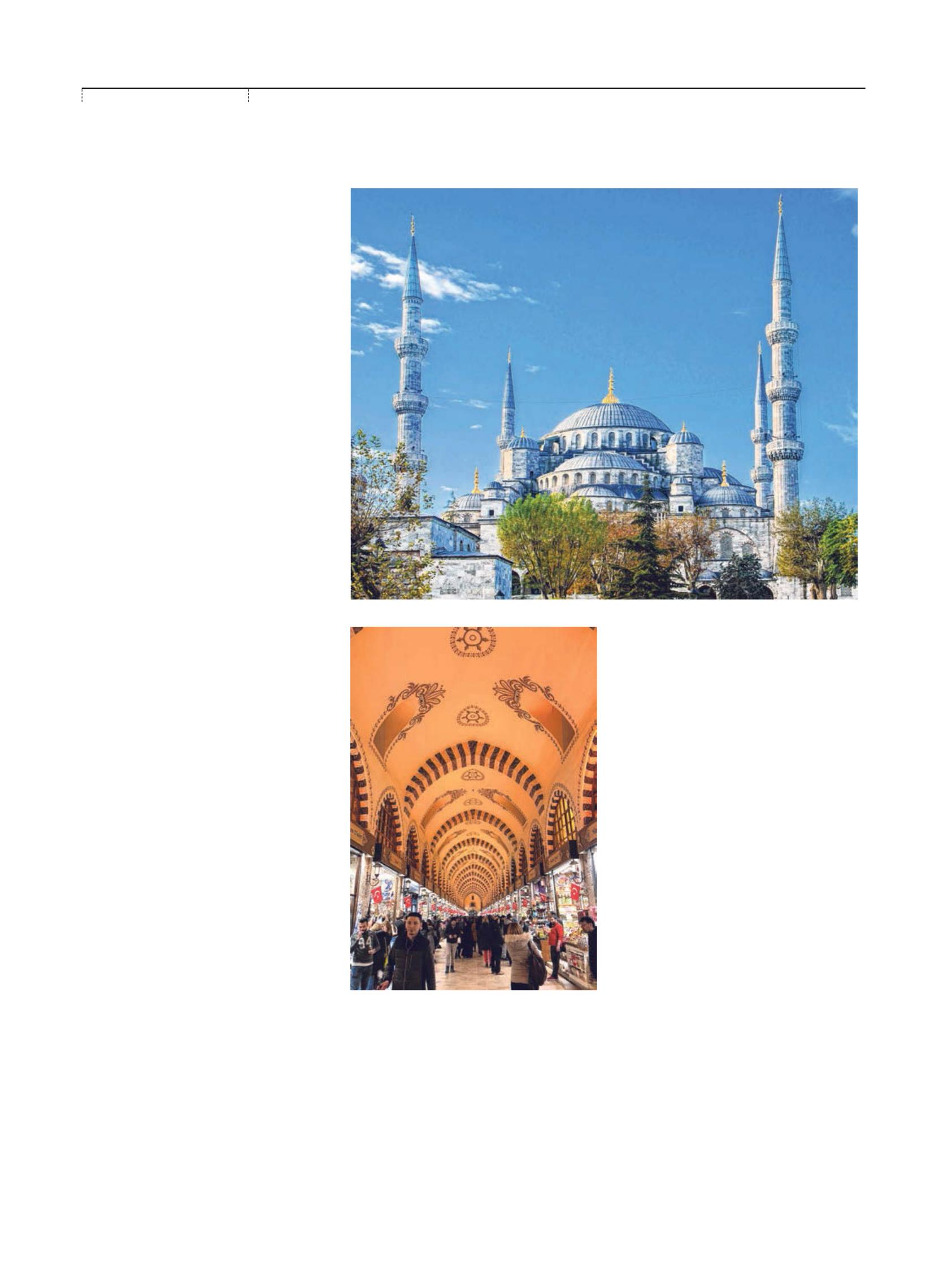 me to include Istanbul, Turkey, in my list of must-visit

Long after the movie was over that day, I remained

intrigued by the vibrancy of the city and the architec-

ture of its old town. I still vividly remember the iconic

James Bond car and motorbike chase through parts of

I told myself I will visit the place one day. It felt sur-

real to be standing at the same spots during the second

leg of my holiday with my friend from Dec 6 to 12.

Istanbul was formerly known as Constantinople in

the seventh century BC, named after Roman emperor

The city developed into a thriving port thanks to its

and its natural harbour. Later, in AD 330, it became a

ture. Constantinople stood as the seat of the Byzantine

Empire for the next 1,100 years, enduring periods of

sieges, until it was conquered by Turkish political fig-

Strait (which separates Europe and Asia) between the

Sea of Marmara and the Black Sea. Good food is avail-

able all around with almost every eatery and restau-

rant selling a full plate of kebabs for as cheap as $5.

During my stay there, I realised how the city strongly re-

flects the cultural influences of the many empires that

once ruled the place.

Hagia Sophia, located in the heart of Sultanahmet

and one of the most visited sites by tourists in Istanbul,

was once a Greek Orthodox Christian patriarchal

cathedral and then an Ottoman imperial mosque. It is

now a museum where Christianity and Islam co-exist –

one of the main reasons that Istanbul attracts millions

of tourists every year. Imagine the amount of history

and cultural significance it holds!

There are mosaics of Jesus and Virgin Mary as well

as Arabic calligraphy, honouring both the Christian

During my audio-guided tour, I learnt that the mu-

seum, built in AD 537, is considered the epitome of

Byzantine architecture and is said to have changed the

Queues to buy tickets for entry into the museum

may seem long but they move quickly.

A 10-minute walk from Hagia Sophia took us to the

It is called the Blue Mosque because of the blue tiles

on the interior walls. The designs on the tiles are so pop-

ular and attractive that they have been replicated in

The Hagia Sophia and the Blue Mosque are easily

two of Istanbul’s most impressive sights. They are also

close to other attractions such as the Basilica Cistern,

The Grand Bazaar is located in the walled city and is

one of the largest and oldest covered bazaars in the

world. It houses thousands of shops in a traditional am-

decor to textiles and souvenirs.

Things are more expensive at the bazaar than shops

just outside it – understandably so, since it’s a tourist

hot spot. My friend and I still managed to get good

deals when we bought some stuff in bulk and bar-

My best buys were Turkish sweets and towels. A

that I get the towels, which are made from Turkish cot-

over successive washings and weigh less and dry faster.

Spice Bazaar is another colourful and bustling mar-

ket. It is the centre for spice trade in Istanbul. Shops

there offer an endless number of spices, Turkish de-

Taksim Square is considered the heart of modern Is-

tanbul. It has a long street of shops with renowned

brands such as H&M, Nike and Zara.

The Republic Monument – portraying the founders

of the Turkish Republic and unveiled in 1928 – also

stands in Taksim Square, at the front of Istiklal Street.

Since its opening, the area around the monument has

been the spot for Istanbul’s official ceremonies.

glory. During the one-hour cruise, we got to see sights

ornamenting the Asian and European shores such as

After the cruise, we went to a restaurant perched

atop a hill with views of the Bosphorus Strait. While

the food was mediocre, the view was splendid.

One night in Cappadocia

Cappadocia, a semi-arid region in central Turkey, is

hours from Istanbul. Don’t settle for an ordi-

nary hotel there – stay in a cave hotel. These are carved

out of the rock formations, providing travellers with an

authentic experience of the region’s culture and beauty.

We visited the Kaymakli underground city, where

early inhabitants chose to live to protect themselves

against the heat and the tribes who attacked and

robbed people. It can be difficult to explore with its

There are about 100 underground cities in the area

but only a few are open to the public. Kaymakli is the

largest of them and we spent about an hour there.

Cappadocia is known for its distinctive “fairy chim-

are sculpted from ancient lava, ash and basalt.

We ended our trip to Cappadocia on a high by going

on a one-hour all-terrain vehicle (ATV) ride to explore

three of its scenic valleys – Rose, Love and Red.

It was quite an amazing and thrilling experience.

Our guide even called us “crazy” for riding while it was

snowing. We learnt from him that no one usually does

that and business for ATV rental is poor during winter.

I suffered some ice burns. But I didn’t really mind as I

had a good time. 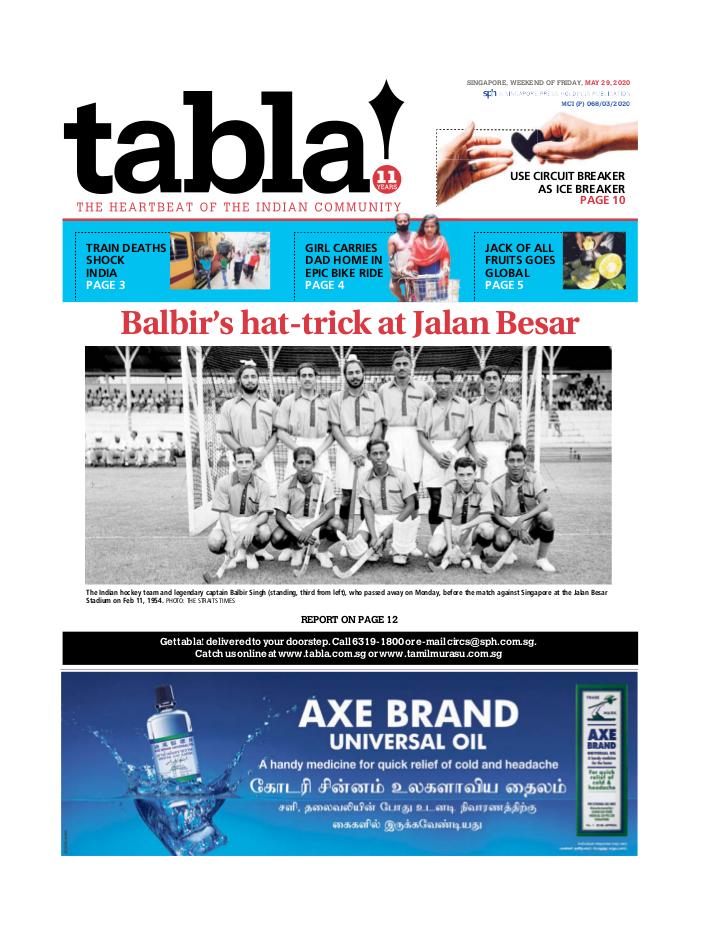 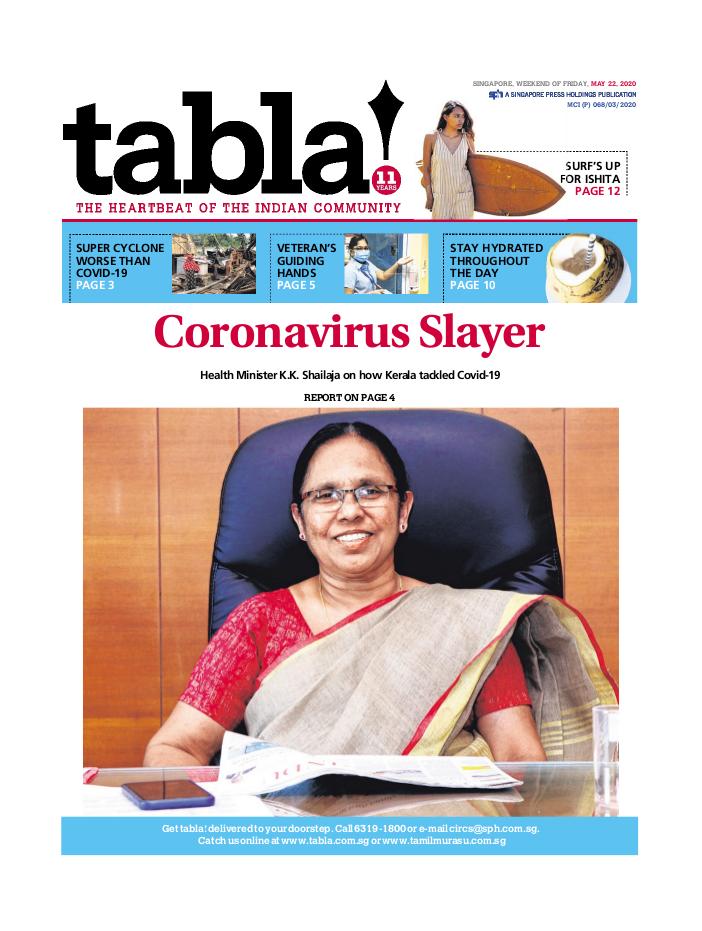 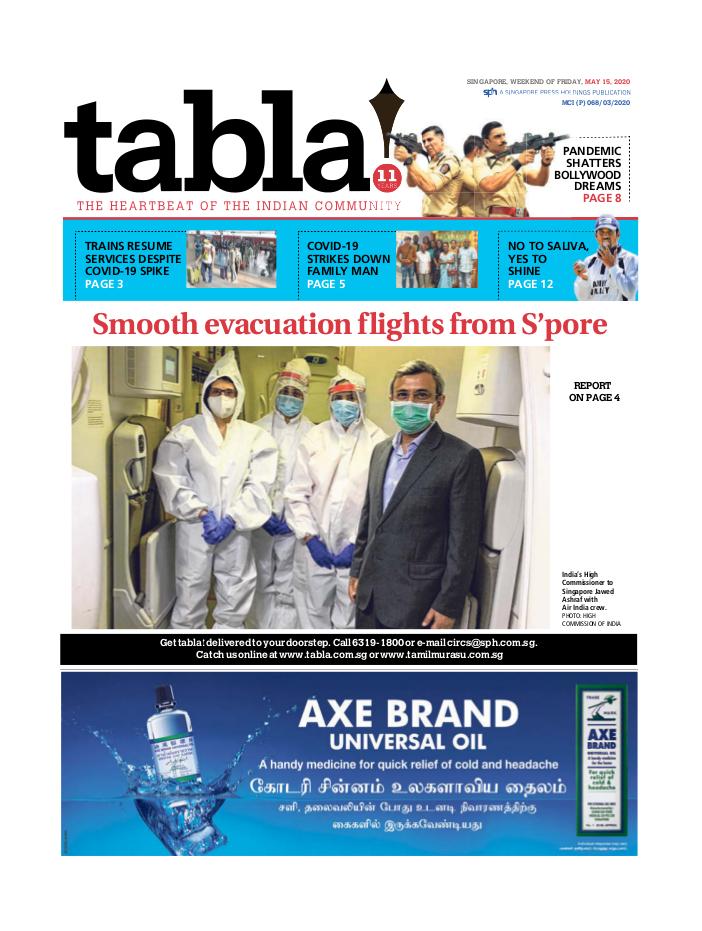 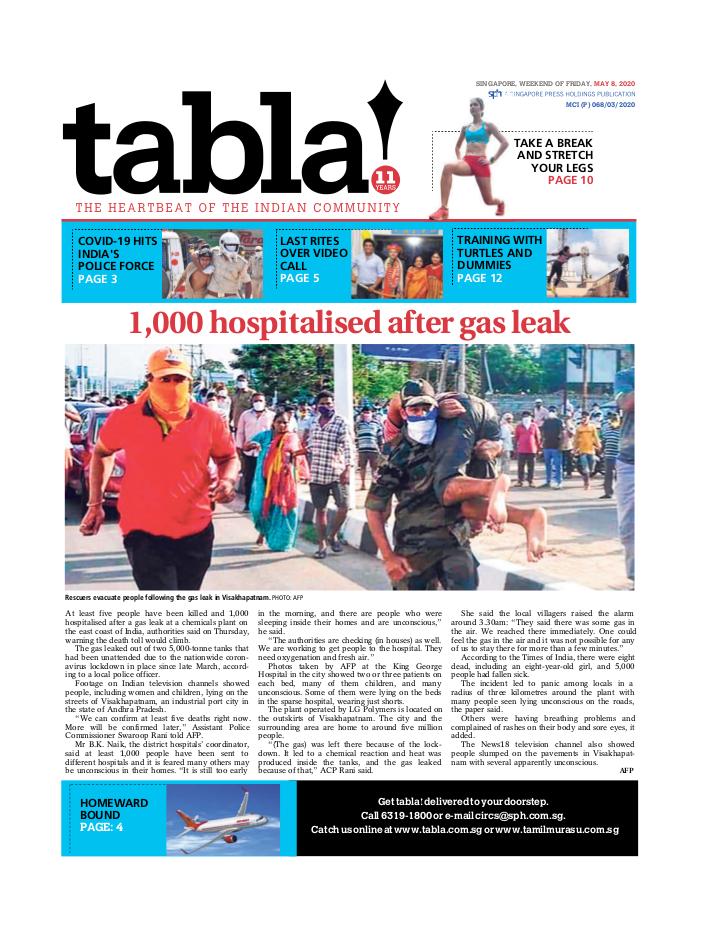