Thakur Singh had, during a casual

chat, mentioned that she was looking

forward to the quieter year-end period

to do a bit of exploring Singapore. It

was coming to around six months since

she took office and she was keen to vis-

it some of the well-known Buddhist

and Hindu temples here. But that did

The unfortunate incident in Little In-

dia turned the quiet period into a busy

one for her. Until then, the high com-

missioner had been busy making intro-

ductory calls on the Singapore leader-

ship and on officers of various minis-

intellectuals and members of the many

“I also attended a number of cultur-

al and social events through which I

have acquainted myself with the

friends of India, as well as the Indian

grant workers in their dormitories,”

as India prepared to cel-

ty on bilateral relations and since

Ms Singh took charge there has been a

spate of high-level interactions from

pore in July last year and in the same

“In August, we had the Foreign Of-

fice Consultations followed by the

on her six months after taking charge got its first woman head in 65

appointed as the NPA director by

India’s Home Ministry. Before her

appointment she was the special

director-general of the Central

A RECENT study by Paycheck India,

a research initiative of Indian

Ahmedabad revealed that the

India is unhappy. According to the

employees have gone up since

polled and almost 44 per cent said

they have been underpaid over the

goodbye to the beacon lights on

officials’ cars. After the Supreme

only “high dignitaries” can use

beacon lights while on duty, the

that the order is implemented

says only the president, prime

judges of the supreme courts

and others specified by central

and state governments can use

IT’S been over a year since former

Now his sons, Uddhav and Jaidev,

are locked in a legal row over

property worth crores left behind

by the party patriarch. Uddhav has

moved the Bombay High Court to

probate the will of his father, who

petition of Uddhav was opposed

by his brother Jaidev, who has not

Thackeray’s property is valued at

THE Supreme Court in India has

commuted the death sentences of

citing delays in their execution as

the reason to change their

sentence. The convicts had

on grounds of the delays due to

the time taken by the president to

THE Tamil Nadu government has

completing work on the dome of

the multi-speciality hospital, which

was a secretariat earlier, in

crores was sanctioned for the civil

work and Rs76.04 crores for buying

IN A major pre-election initiative,

slashed power tariffs by 20 per

cent across all sectors on Jan 20.

The move will provide relief to

and agricultural consumers. The

20 per cent cut will be applicable

to domestic consumers – around

up to mourn the death of

the spiritual leader of the

Burhanuddin. He died of

a heart attack in Mumbai

large was the gathering

outside his residence in

Malabar Hill that it

resulted in a stampede in

In India, the Dawoodi

lives in the Mumbai and

Gujarat areas of the well-known newspaper editor in Delhi why I

was not seen with my minister at a wedding re-

ception the previous night. I told him I was no long-

er the minister’s “plus one”.

“She is the new plus one,” I replied.

From the time Shashi Tharoor won the elections

his “plus one”. We were both single in Delhi. My

wife and daughter were in Dubai and Tharoor’s sec-

was made a junior minister in the external affairs

ministry and his official residence was not ready so

we spent most of those months in a hotel living off

Once the winter months hit Delhi, the get-togeth-

every party it is the same people, saying and doing

the same things. You will get bored easily but you

have to be present, mainly to catch up with what

the “power circles” are saying and also your ab-

sence would be read as disrespect by the host.

I had no reason to be at these parties but Tharoor

used to take me along because two pairs of ears and

eyes are better than one. Soon my wife and daugh-

ter arrived in town and it was difficult to handle the

social scene. I started to make excuses and get unin-

By then, Sunanda Pushkar and Tharoor had

known each other for a few months and felt it was

okay to be seen in public together. Up to that point,

I had held the view that love was something people

discovered in their teenage or young adult phase of

They were very much in love, both had been mar-

ried twice before; both had adult children from pre-

er and his sisters; Tharoor had met her side of the

On a trip to Oman a few months earlier, Sunanda

had come down to Muscat from Dubai where she

was based. Since Tharoor had official dinners to at-

tend (no “plus ones” allowed!) I got to spend time

with her. One day I asked her if she wanted to have

dinner later in the evening and she said she would

cause I wrongly presumed women were always late.

When I saw her waiting at the lobby, I said it was a

pleasant surprise to see her on time. “I am from an

army family, we are always punctual,” was her re-

Dinner conversation was mostly about her fami-

ly. Mostly about her son, Shiv Menon, and how she

decided to move to Canada to offer him a better

life. Her life as an entrepreneur in Canada and Du-

Since the minister of external affairs had a heavy

travel schedule, opportunities to meet each other

were limited. Tharoor might have been one of the

first Indian politicians on Twitter but it was Sunan-

da who introduced him to the BlackBerry Messen-

ger (BBM). It was on their BlackBerrys that they

talked to each other. She hated Twitter. She used to

was the reason for his “controversies”. Later on,

At times, I do think how different the turn of

events would have been if they hadn’t introduced

The IPL controversy and Tharoor’s resignation

was a test for their relationship. They came out with

flying colours. The last time I met Sunanda was in

Hong Kong a few years ago. She told me I had lost

weight. I told her she looked the same. I have not

talked to either of them for close to three years. It

would not be fair on my part to comment on what

happened in the recent past.

When I heard about Sunanda’s passing and some

referring to it as suicide, I was surprised. There is no

way the Sunanda I knew was ever going to take her

own life and leave her son alone. She lived for her

As the news broke, I wrote to Tharoor offering

my condolences. There will be speculation about his

I don’t think any of that matters to Tharoor and

Shiv. Much more than a “plus one”, they have lost a

is a digital communications

professional based in Singapore.

He was Shashi Tharoor’s election

campaign manager and chief of staff

The Sunanda I knew

Union Minister of State for

Tharoor with his wife

Sunanda Pushkar at a

Mr Tharoor at her funeral.

Seated on his left is 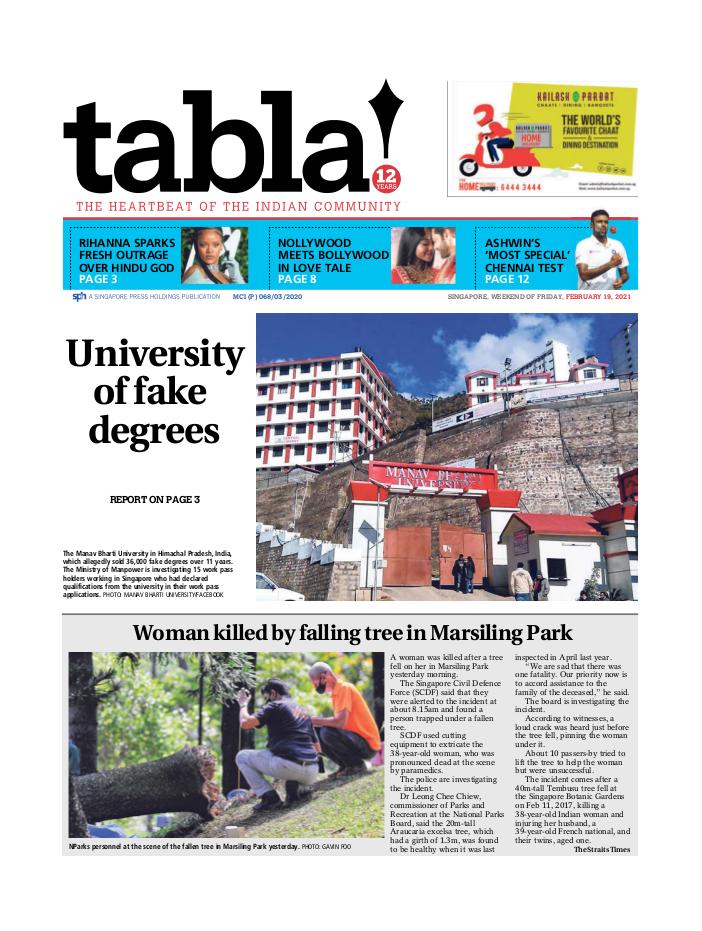 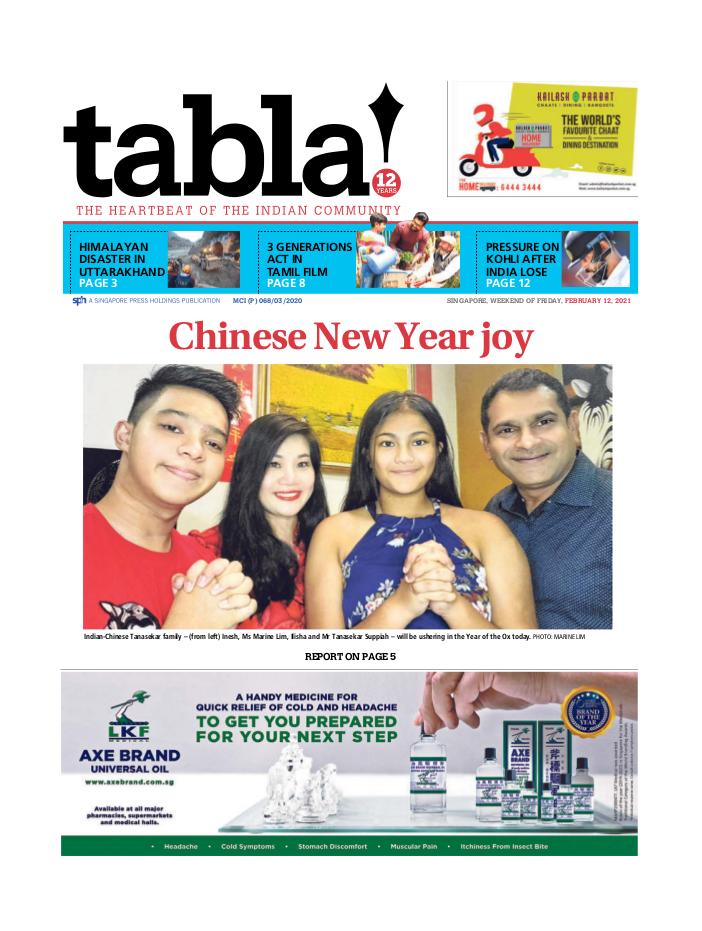 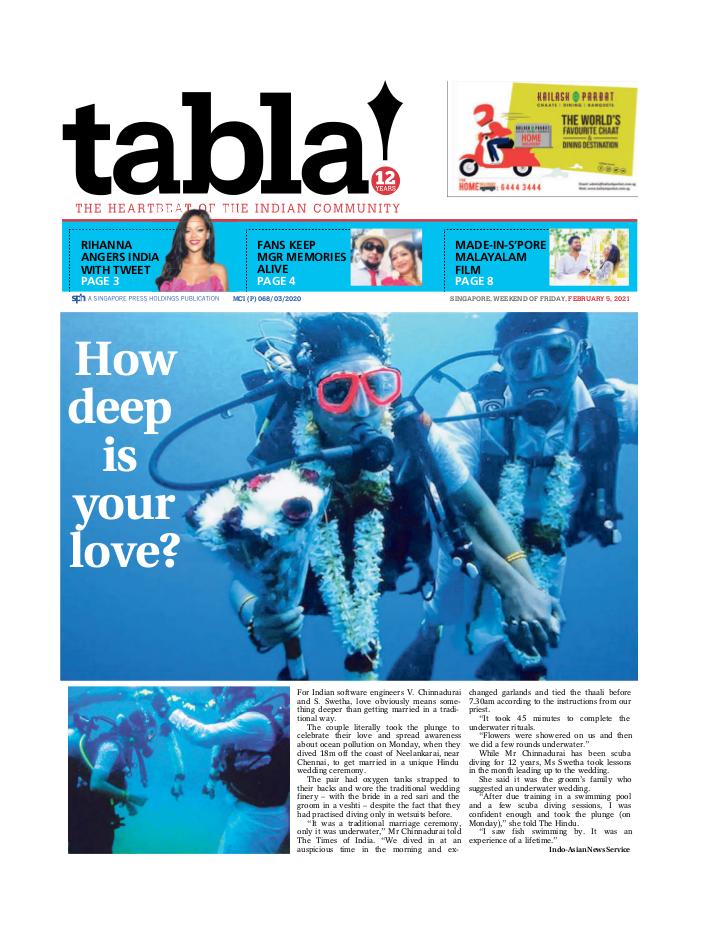