Champion in 2002 and won the Singapore Ladies

She was also the Singapore Ladies national 9-Ball

Now, another 12 years later she has been instru-

mental in the emergence of another champion in a

Majmudar, who became the Singapore Amateur

Is it a case of sporting genes being perfectly trans-

mitted or is it much

more than that? “I don’t know about the genes. But

I think it definitely helps to understand what it takes

to get to the top of your sport. The support a child

chat in their home in Singapore.

Yash, who is in the 10th grade, has been home

schooling for the last six months which allows him

to concentrate on golf and participate in at least one

tournament a month in Singapore and around the re-

gion. It was a choice the Majmudars, Nishit and Var-

sha, made after careful consideration.

Mrs Majmudar says: “You have to be able to give

100 per cent to your sport in order to succeed.” She

takes Yash around for his training, tournaments and

other fitness regimes almost every day of the week.

He plays at the Tanah Merah Coun-

try Club, and has coaching twice a

week to hone his skills.

Yash has been playing golf

since he was four years old. He

developed an interest in the

Making of a golf champ

Mum Varsha, a former India No. 1 in table tennis, snooker

and son Yash are Khobragade (above with her

father), who was indicted for visa

fraud in the United States, arrived

controversy had escalated into a

diplomatic row between the two

was arrested and strip-searched.

Eventually, she was granted full

diplomatic immunity and she

returned to India. She has not

been given another posting so far.

feeding the poor during

many took part in

(right, in Hyderabad). In Kashmir,

the Hazratbal shrine which houses

the relics of Prophet Muhammad.

ENGINEERS have once again

Test (CAT) for Indian Institutes of

Management (IIMs). Of the

are engineers. A total of 1.7 lakh

students had sat the exam

100 percentile in the exam. They

are from Mumbai (three), Andhra

Pradesh (four) and Delhi (one).

THE Aam Aadmi Party, which

exceeded expectations in the Delhi

it formed the government, has

plans to contest over 400 seats in

12 lakh people have joined the

party in the last four days through

forms. The party is aiming for the

tag of a national party ahead of

the elections. A party needs to be

recognised as a state party in at

least four states or have at least

6 per cent of the vote to be

declared a national party by the

A FIVE-YEAR-OLD girl in Jaipur

died after her throat was slit by

the sharp string of a kite. The girl

had insisted on sitting in front of

her father’s bike to see the kites

during the Makar Sankranti kite

festival as he was riding in the city.

The father said he didn’t see the

string at all. The girl was rushed to

the hospital but had lost too much

blood and was declared dead at

sent an unconscious man for a

postmortem without getting his

death certificate from doctors. The

man, a beggar, was found

unconscious by the roadside in the

city. The police thought he had

died and instead of taking him to

the hospital, sent him directly for a

postmortem where the staff found

that the man was alive.

George has been awarded the

Athletics Final, in which she had

won silver, after the original

tested positive for a dope test. She

tested positive from a sample

collected at the Helsinki World

Athletics Championship held in the

same year. The Russian has been

becomes the first Indian track and

at a major world event.

Bhogali Bihu brings the Assamese together

PEOPLE in the north-eastern state of Assam celebrated the harvest

festival of Bhogali Bihu with much gusto earlier this week. The

farmers can reap the benefits of their labour. The Assamese prepare

a feast and take part in various events like community fishing

(above) and dancing to mark the event. TRIP to Bangkok, followed by a potluck party

back home in Singapore helped a mixed group

of Singaporeans, expats and new residents get

to know each other.

A group of 12 women from the Tanglin Club

Bridge Section took their first trip together a couple

of years ago. The group included a mix of Chinese,

Malay, Indian, British and other nationalities. It was

a trip of discovery. Not just a discovery of the city

of Bangkok, but also a discovery of the differences,

similarities, likes and dislikes of the various mem-

bers of the group.

Some wanted to go shopping for branded tennis

gear; others wanted to go to the local Thai markets;

some wanted to try the special Chinese cuisines; oth-

ers wanted to eat local Thai food; some wanted to

take the train while others wanted to take a taxi.

But one thing was clear, everyone wanted to

play bridge and enjoy the trip. As the trip evolved,

day by day, the group found ways and methods to

find time together while trying to meet everyone’s

The shared trip was instrumental in each of the

women getting to know each other and finding the

common empathy which bound them together to

And that trip was the first of many. Now this di-

verse group continues to travel together to various

countries, to play bridge, of course, but basically be-

cause they enjoy being with each other.

What has emerged is the charm and joy of being

a random mix of ethnicities and cultures who live to-

gether in Singapore, each very different from the

other, but who can enjoy spending days together

with this one shared activity – bridge.

Sports, games and other such social activities pro-

vide a platform for interaction and intermingling.

These mutually-shared experiences help to bring

people from different backgrounds together and

Bridge is one such activity passionately played

and enjoyed by many different communities in Sin-

gapore. Played under the aegis of the Singapore

Contract Bridge Association, which is the official

It is possible to catch a game of bridge every day

of the week in Singapore and recent years have

seen a tremendous increase in the number of play-

ers as well as places to play, from private clubs to

is a cultural bridge. “As a local Singaporean, I feel it

breaks social barriers and helps me get to know and

mix with the expats and locals equally and enjoy

our shared space,” she says. She and her husband,

“It is brain food and keeps us alert,” she adds.

They try to play at the Singapore Cricket Club, Chi-

tre and Geylang West, as and when her husband’s

has been in Singapore for 33 years, plays bridge and

a mature, older gentleman, and I felt we would play

well together.” They have been enjoying playing to-

Mrs Soundarya prefers to play at the Singapore

Cricket Club because it gives her a chance to inter-

act socially with people of other ethnicities rather

than play with just an Indian group. Living in multi-

cultural Singapore, playing with a good mix of all

er expats is a great platform to get to know other

cultures and engage with a better social mix to ex-

plore their worlds and ideas.

With Singapore’s eclectic mix of ethnicities and

tion can be challenging. It is necessary for people to

Mrs Sonia Advani is a long-term resident in Sin-

gapore and an avid bridge player, who plays both

socially at home with friends and at the Tanglin

Chinese New Year, Christmas and Deepavali at the

club. She feels that working together with the wom-

en of different nationalities has given her a great op-

portunity to learn and understand people and how

to look beyond the first layer.

So while some want to be bluntly focused on

rules, others are very particular about how much it

will cost. Typically most Asians want to spend with-

in the budget and even try and save money, while

others don’t mind doing an event well even if it

“But once these nuances are understood, then

our interaction becomes more meaningful. We then

operate more of our own individual personas, and

can understand each other much better,” she adds.

As the bridge group returned from their trips to

ready afoot to visit Kerala, Rishikesh and the Mar-

Card game helps a group of

between the people who 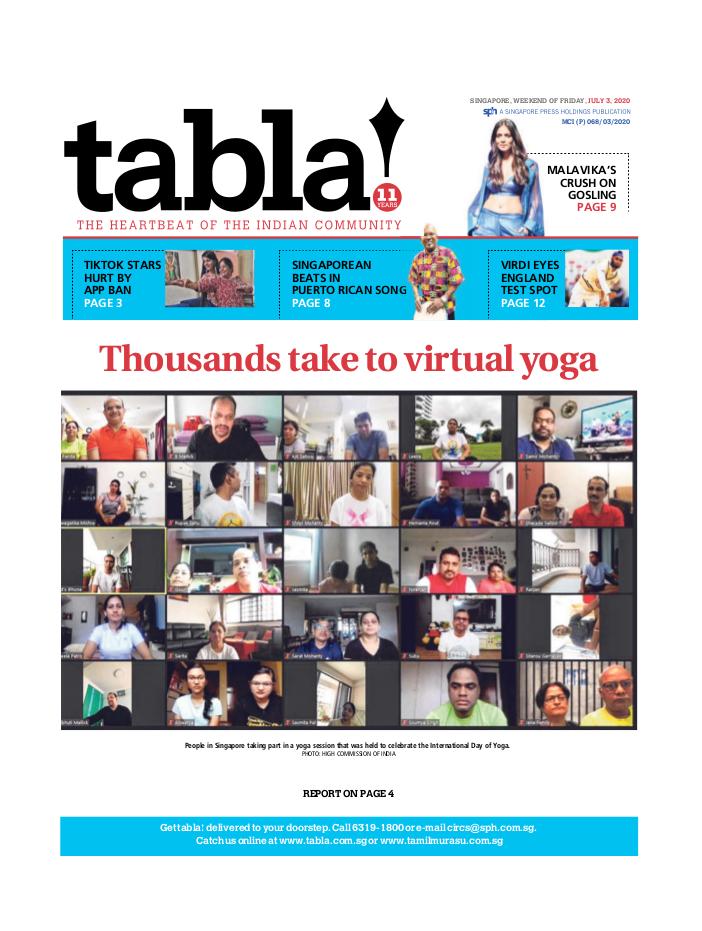 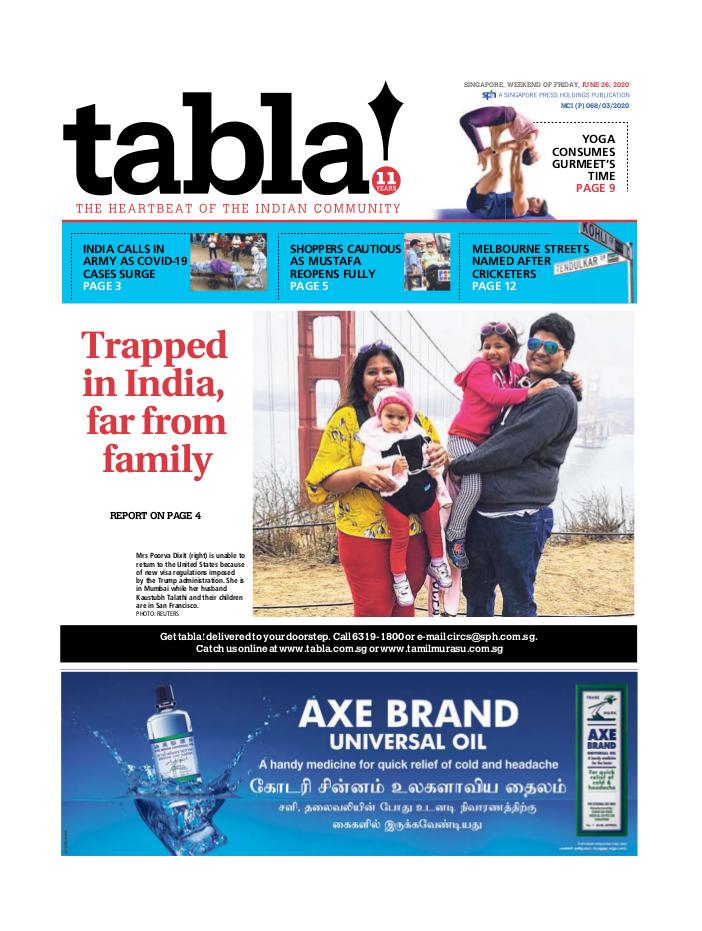 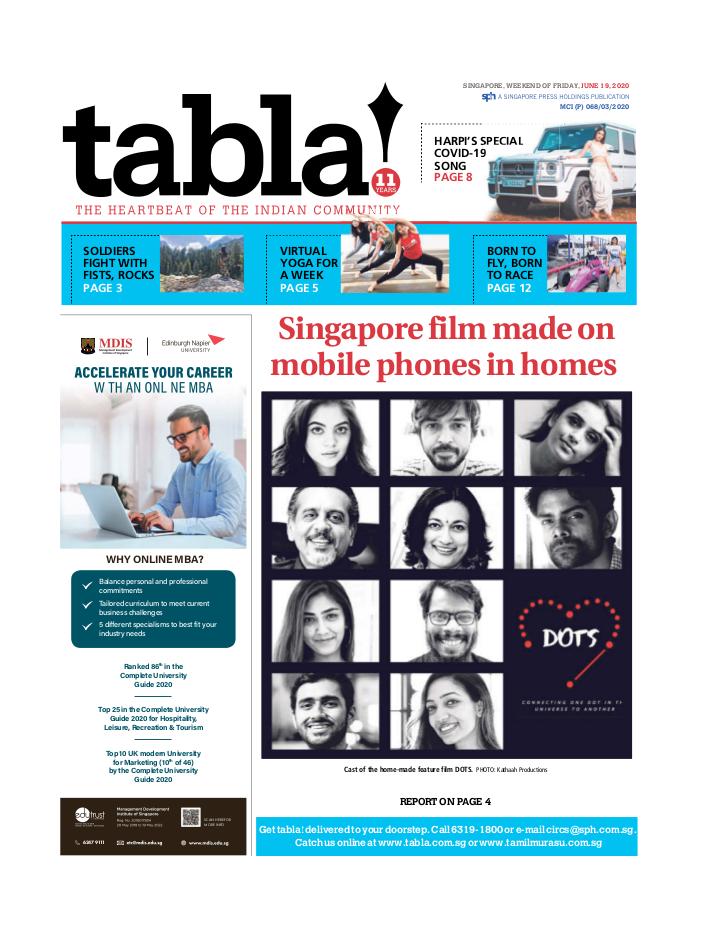 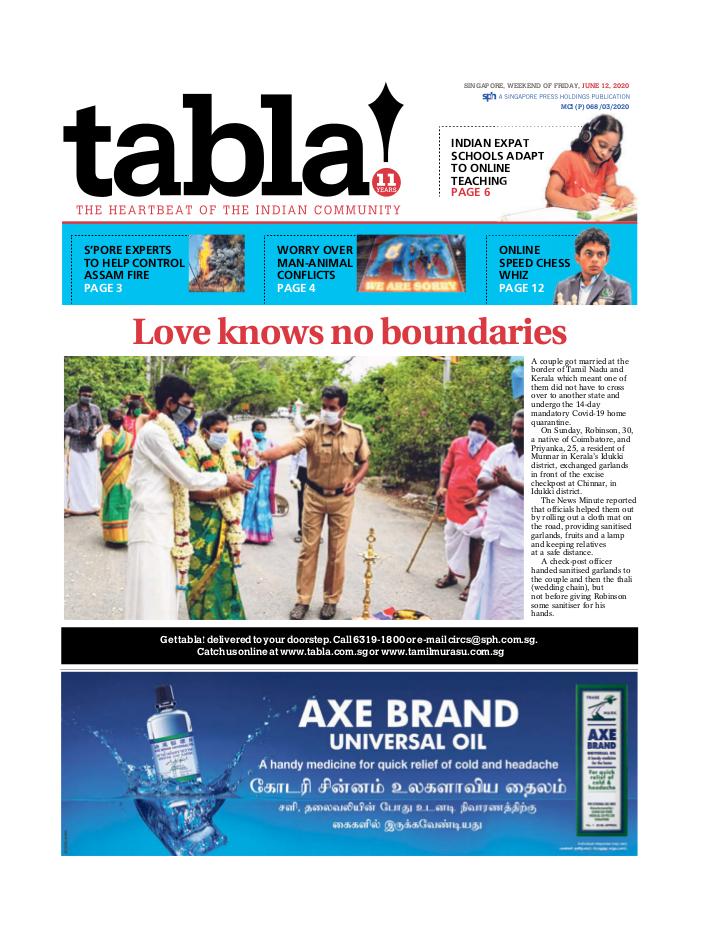